Statistics from the U.S. Department of Health and Human Services indicate that while an average of 75 people receive an organ transplant each day, 18 people die each day while awaiting an organ transplant. The Uniform Anatomical Gift Act (UAGA) was promulgated in 1968 as a means to establish uniform regulation of the allocation of donor resources. The UAGA encourages, facilitates and protects the rights of adults to voluntarily donate their body tissue and/or organs at death. The UAGA was thereafter adopted by all 50 states.

Since 1968 however, several amendments were made to the UAGA by individual states which resulted in an overall erosion of the Act’s initial objective. These problems prompted the National Council of Commissioners on Uniform State Laws (NCCUSL) to conduct studies and draft an amended UAGA (1987). Most states have enacted the amended version of the UAGA or similar legislation.

The Uniform Anatomical Gift Act guarantees the rights of individuals, aged 18 years or older, to make an “anatomical gift,” or a donation of all or part of their body upon their death. Individuals seeking to make such a donation must execute a “document of gift.” A document of gift may include:

If the anatomical gift is made through a will, the gift is automatically effective upon the donor’s death, regardless of whether or not the will is probated. Thus, even if the will is declared to be invalid upon death due to a lack of testamentary capacity, a statement in the will regarding an anatomical gift remains valid and is unaffected.

Statement of Intent to Donate in a Health Care Directive
An individual may specify their intent to donate their organs after death by executing a donor card or specifying their intent in their will. However, prospective donors may also express such wishes in a health care directive or a durable power of attorney for health care (states vary on terminology and procedures regarding these health documents).

In general, a “health care directive” (referred to in some jurisdictions as a living will) is a written statement directed to medical personnel, detailing the type of care (or lack of care) an individual desires if they become incapacitated. A “durable power of attorney for health care” is a document which appoints an individual to act as the agent of another who has become incapacitated. The agent is responsible to instruct medical care professionals as to the wishes of the incapacitated party. Some states allow statements made within these documents to remain effective even after death, such as the intent of the decedent to make an anatomical gift.

Invalid Document or Lack of a Document of Gift
In the event that a decedent failed to make a decision regarding organ and tissue donation prior to their death, or they executed an invalid document, the UAGA authorizes other parties to make an anatomical gift on behalf of the decedent. In order of legal priority, the following classes of persons may donate the organs or tissue of a decedent’s body:

In addition, the UAGA authorizes a coroner, medical examiner or local public health official to remove organs and tissues for transplant or therapy if there are no surviving family members or if family members cannot be located after diligent search. In fact, several states have enacted statutes which authorize medical examiners to remove a decedent’s eyes or corneas under specific circumstances.

Revocation of Anatomical Gift by Donor 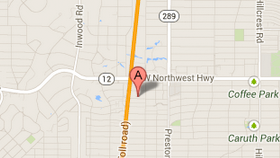